One of five boys, little Abdirahman lives 90kms East of Hargeisa, the capital of Somaliland, and is cared for by his maternal grandmother and aunts. His father was tragically wounded by gun shot in 2010, which resulted in right side stroke and loss of speech leaving him unable to work and provide for his family. The only income the family receives is from renting out their car. Abdirahman’s mother also suffers poor health and is currently unable to care for her children.

In April 2020, one-year old Abdirahman was brought to the Hargeisa Clubfoot Clinic by his aunt for assessment by the team at Diversity Action Network. They identified that he had unilateral congenital clubfoot deformity of the left foot which prevented him from walking correctly and would result in a lifelong disability if left untreated. The team commenced the Ponseti method of manipulation and weekly casting, after 4 weeks of cast changes the deformity achieved full correction. Abdirahman was provided with a temporary foot abduction brace to maintain the correction and avoid deformity recurrence. Thanks to his committed extended family and access to free treatment provided by Diversity Action Network in partnership with Australian Doctors for Africa, Abdirahman will now live a life free from disability and pain.

“At the beginning, I was little worried about such a fantastic result. The Somali proverb goes ‘a person in need of treatment is given advice by 100 individuals’. Some people were discouraging me, but with my persistence and the professional advice of the treatment team, Alhamdullilah (thank God), the child will be without disability. We thank you so much all, and Abdirahman will not forget you as he grows” 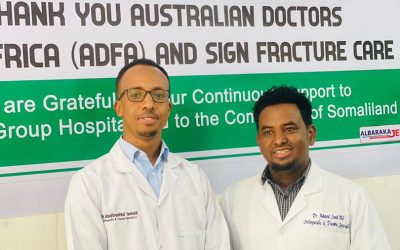 The Orthopaedics team at Hargeisa Group Hospital in Somaliland expressed their appreciation when they received two packages donated by Australian Doctors for Africa. “Your continuous support and donations of orthopaedic implants and instruments is incredible and... 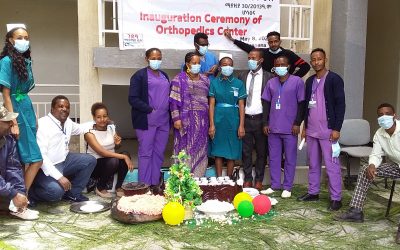 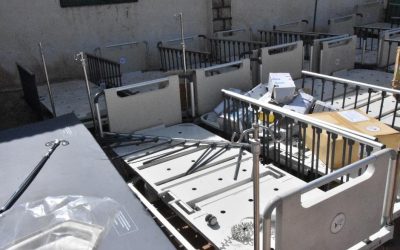